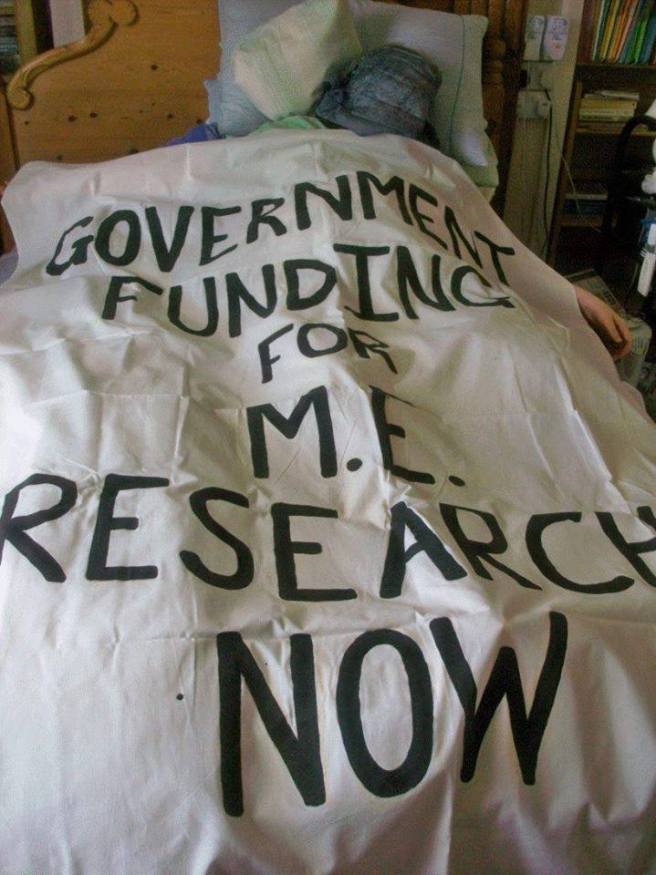 A force to be reckoned with, it’s amazing to reflect on the many projects over the last thirty years that Anita Roddam has not only participated in, but has also initiated and executed from her bed.

In addition to the video she made, which introduced us to Anita last weekend, she was a ‘virtual’ participant in both Millions Missing Marches held during 2016, sending shoes to Washington DC and London England for the inaugural event in May, while Bristol and Oxford received her shoes in September.

Silence from our governments is costly to those of us with ME who call upon them seeking care and equity in our health care system. Silence of this magnitude cannot be easily appealed to, reasoned with, nor can any megaphone break through it. We must find new ways to penetrate this kind of deafness.

In spite of extreme confinement and excruciating daily hardship, Anita has painstakingly carved out an active advocacy life for herself that has resulted in meaningful reverberations for the entire ME community. It’s truly remarkable what she has managed to accomplish.

There’s lots more stories to tell about Anita’s life and her indomitable spirit. We hope to be revisiting with her again in the future. Meantime, if you would like to send a message of gratitude to her or just reach out to say hello, you can do that through our email account at millionsmissingcanada@gmail.com and we’ll be sure she gets it.

We have thousands of people around the world fighting for ME with stories to tell. We have hundreds right here in Canada. Remain anonymous if you wish and…